I paint people, seeking to go beyond the surface of representation and bring out the singular beauty and character of the individual, as well as his or her socio-cultural identity. I paint directly from life and with natural light, ideally North light, which is soft and stable. My work is a slow undertaking, done in collaboration with the person. It is part of my ethnographic investigations.

I also draw social situations and interactions in light-hearted sketches and playful illustrations.

I work on commission. Please contact me directly for inquiries.

As the offspring of abstract painter Josette Dacosta, I grew up with art, and in museums and galleries.

In 2002, after obtaining my PhD in Social and Political Science at the European University Institute, I focused on training in the fine arts. I studied at the Charles Cecil Studios in Florence, Italy, and the Florence Academy of Art, to acquire the techniques of naturalist-realist painting. I then went to Spain, where I painted with Guillermo Muñoz Vera, in Madrid, and Antonio López García, in Pamplona.

I chose then to specialise in portraiting individual people, a testimony to the unique humanity of each one of us. In 2008, I was commissioned to draw the portraits of 18 bertsulariak, Basque improvised-poetry singers of Iparralde, the northern/French Basque Country.

Wherever I go, I paint members of the Basque diaspora. Currently based in Jerusalem, my models form part of the diversity of the region.

I do public performances of my portrait painting. With the audience, and in collaboration with the persons who pose for me, we reflect on the process of representation. Such performances have taken place in the American Natural History Museum of New York City, the Chicago Arts Incubator, the Blanton Museum of Art in Austin, Texas, and most recently in Jerusalem. Painting people from life invites reflection on the face-to-face and the development of knowledge of the ‘other’.

2015. Beita, Social Based Art Center in the City, Jerusalem. Live portrait painting of volunteer models in public over the course of one month.

2014. Blanton Museum of Art, Austin, TX, in collaboration with the Department of Anthropology of the University of Austin, Texas. Live portrait painting of anthropologist Katie Stewart (UT-Austin).

2013. ‘Open Spaces and Special Places: the art of conservation’, for the Nevada Land Trust, Wilbur May Museum, Reno, Nevada, USA.

2014. Blanton Museum of Art, Austin, TX, with the Department of Anthropology of the University of Austin, Texas. ‘Slow Ethnography’. 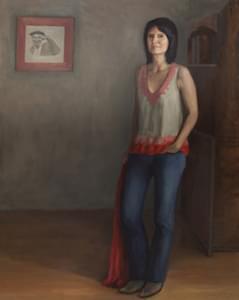 Portraits are my main focus in art. Face-to-face with another person, they involve spending intimate time together and intense collaboration. This process is a deep inquiry into the person painted, and our evolving relationship.

The first known painters used charcoal in their cave drawings thousands of years ago. Made from burnt vine twigs, it is very malleable, allowing you to make bold dark strokes as well as delicate light ones. Charcoal forces me to concentrate on the essence of painting: the nuances of light and shadow.

I paint a self-portrait at least once a year. They help me reflect on who I have become. 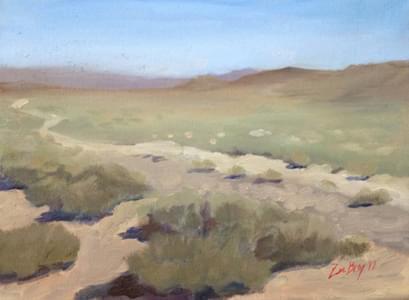 Spaces, natural or human made, have always been an interest of mine. Many of the people I have painted, I feel, have been shaped by the land in which they live. So painting this land is a way for me to understand them. 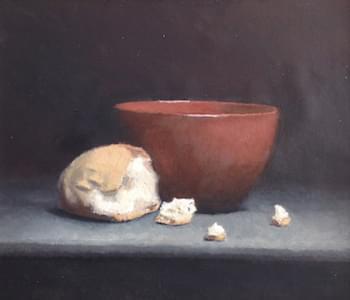 Painting still-lives is an opportunity to contemplate things. It is also an exercise in concentrating on form and figure and the interplay of light and shade, and nuances in color – all in the absence of movement 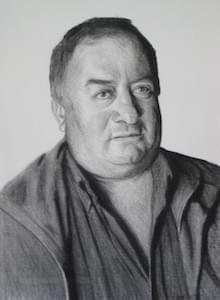 In 2008, I was commissioned to produce the charcoal portraits of bertsularis, Basque improvised-poetry singers of Iparralde, the French Basque Country. The resulting seventeen portraits were exhibited during Xilaba, the regional bertsu championships in Saint Jean de Luz in 2010. The portraits are on permanent viewing at Larraldea, in Saint Pée sur Nivelle. 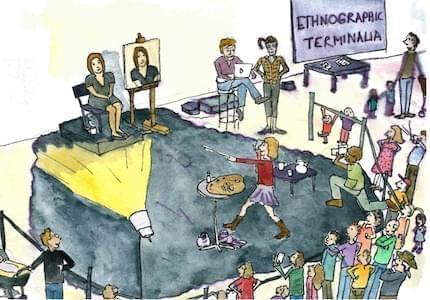 Some years, I also keep a blog where I produce an illustration every day: 365days365drawings and linenlight.

I also occasionally contribute to publications. Most recently I had my own column of political cartoons (Zoe Bray-ren Begi Klixka) in the Basque weekly Herria.